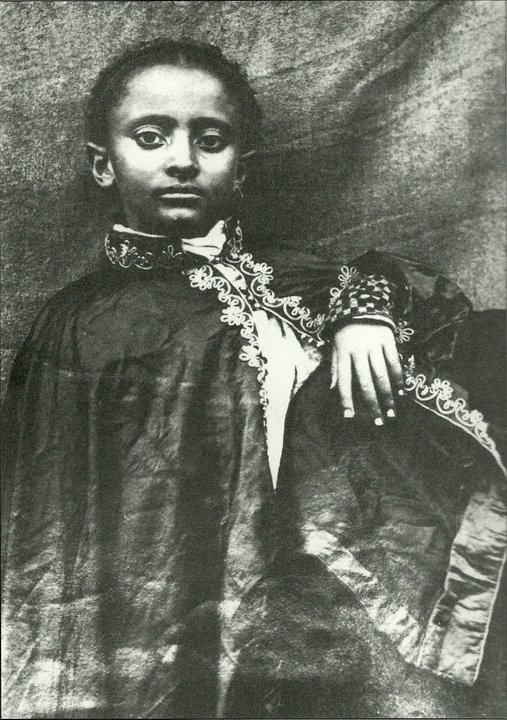 Lidj Tafari with Enbroidered Tunic; Well We were a very serious, very diligent, very obedient youth. We were sometimes punished, but do you know why? Because what We were made to study did not seem enough and We wished to study further. We wanted to stay on at school after lessons were over. We were loath to amuse ourselves, to go riding, to play. We didn’t want to waste time on games. (Haile Selassie I inteview with Oriana Fallaci  June 1972)

In Genesis 37:3, we find the scriptural account of Jacob/Israel investing Joseph, the most beloved son of his old age, with authority over his brethren’s accountability. In other words, Joseph was charged with responsibility of his brethren’s well being and supervision of Father Jacob’s business. Therefore, Joseph’s “coat of many colors” must have also served as a mark of official capacity. It is known that this coat is a mark of one who is learned. As a matter of fact, variations of this vestment can be seen at any college cap and gown graduation.

Popular Biblical rendition of Joseph’s Coat of Many Colors. 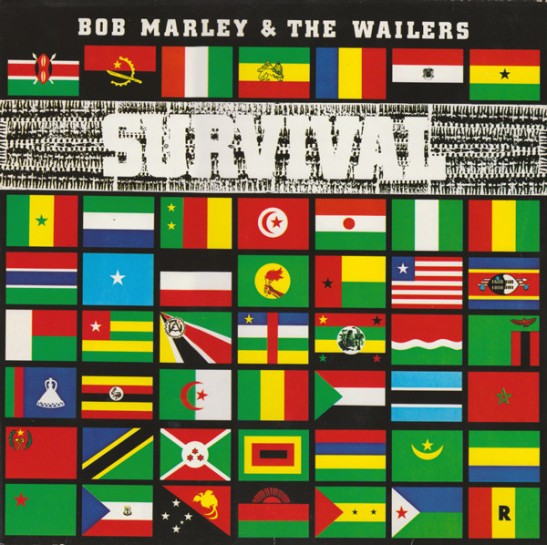 Bob Marley and the Wailers SURVIVAL Album Cover. Notice the Slave Ship stencil under the Album Title which symbolizes the 400 year captivity prophecy shown to Father Abraham (Genesis 15:13) and the warning given to the Children of Israel by Moses’ in Deuteronomy 28:68″ And the LORD shall bring thee into Egypt again with ships,..” Just as Joseph was sold into Egypt the same event would befall ethnic Israel

JAH Rastafari Revelation, has also sighted this messianic pattern in likening Berhane Selassie a.k.a. Bob Marley to Joseph of the Bible. This fractal is evident on Bob Marley and the Wailer’s: Survival album cover.

Lidj Tafari and his father Ras Makonnen. Lidj Tafari was vested with the title Dejazmach Tafari of Harar “Commander of the Gate” at the age of 13. 13 is the Hebrew age of maturity in the rite of Son of the Commandments/Wel’d’T’azaz (ወልድ ትዕዛዝ) much like the well known Hebrew Bar Mitzvah (בַּר מִצְוָה) SEE also Psalm127:5.

Without contradiction, it would still serve us well to note a comparative scriptural study. Reason being that in doing so; we find additional insight into Hebrew Israelite identity and operative functioning within the Hebrew Establishment. We submit that in cross referencing reliable texts within scriptural context would indicate that Joseph’s distinctive garment was more of a long tunic with elaborate embroidery rather than a coat “of many colors”.

The Masoretic Hebrew text uses the words ketonet passim (כְּתֹנֶת פַּסִּֽים), which may be translated variously as “a full-sleeved robe”, “a coat reaching to his feet”, “an ornamented tunic”, “a silk robe”, or “a fine woolen cloak”; note that the when translated as “coat of many colors” that many is italicized. Simply it is a Hebraic idiom as in long and extensive. The Septuagint Greek translation of the word uses poikilos (ποικίλος). However, all the deritiaves of the greek word poikilos are related to work in embroidery. It has been suggested that the Greek word is likely from Indo-European root  which only means to color by extension of embroidery. The Indo-European word Peyḱ may be akin to the English word peck or poke as with a needle and thread. Rastafari Midrashim is unfamiliar with the exact meaning of the Amharic word found in the Haile Selassie Version a.k.a. Book of the Seven Seals which is yaget’ech’m qemis (ያጌጠችም ቀሚስ); Although it means joined garment; in context it certainly signifies authority. We would appreciate any comments on this matter from our friends whom are more familiar with the nuances of the Amharic language.

Various Hebrew scholarship has suggested the following remarks: It was a royal garment (2 Samuel 13:18). The word passim can be translated as ‘colorful’ (Radak; Septuagint), embroidered (Abraham ibn Ezra; Bahya ibn Paquda; Nachmanides on Exodus 28:2), striped (Jonah ibn Janah; Radak, Sherashim), or with pictures (Targum Jonathan). It can also denote a long garment, coming down to the palms of the hands (Rashbam; Ibn Ezra; Tosafot; Genesis Rabbah 84), and the feet (Lekach Tov). Alternatively, the word denotes the material out of which the coat was made, which was fine wool (Rashi) or silk (Ibn Janach). James Swanson suggests that the phrase indicates a “tunic or robe unique in design for showing special favor or relationship” and that “either the robe was very long-sleeved and extending to the feet, or a richly-ornamented tunic either of special color design or gold threading, both ornamental and not suitable for working.

It would reasonable to consider that the bibilical Judges (Shoftim), of Ancient Israel, wore the same type of mantle. This Hebrew insignia is likely to have been a vestment of authority since the time of Moses and Jethro (SEE Exodus 18). While the majority of Askenazi traditions of the mantle appears somewhat like a brocade smoking jacket, it may be reasonably deduced that, for the Sephardic line of Chief Rabbis, this rite is an upgrade in Sephardi vestments grafted from the root of the Judeo-Christian Kingdom of Judah in tops of the Ethiopian Mountains (Micah 4:1). There is no archived photographic evidence that the Sephardic tradition had any such vestment of peculiar design prior to the establishment of the State of Israel; as most of the Sephardic mantles of this office (prior to) appears from more of a Persian influence. This possible “cultural exchange” could have occurred through the interactions between Jonathan Faitlovich, of the Jewish Agency and the Beta Israel of Ethiopia.

The Apostle/Prophet Paul had asked Timothy to bring his cloak and scrolls to him when he was imprisoned by the Roman government under Nero (2 Timothy 4:13). As a great scholar, studied at the feet of Gamaliel, it would make sense that Paul had such a vestment of the learned. However, most texts translate the garment in Greek as phailones (φαιλόνης) and in Hebrew as Hamitpachat (הַמִּטְפַּחַת). Together, the Greek and Hebrew words carry a similar definition as a a long tunic that catches the eye. However, it is unlikely that rational Paul would have requested a “coat of many colors” while imprisoned, as he was focused on transmitting the orders of Our Lord. The Tabernacle priests were also vested with the ketonet but it was not described as passim . It is interesting to note that the vestments of Ethiopian Tewahedo Church priest during the Vistiation of His Majesty Haile Selassie I are quite different from the popular illustrated Bible depictions that are currently in circulating media. Other areas of Scripture show that the Prophets also wore a mantle. The Prophet Samuel wore a m’iyl (מְעִיל) to signify his office this was also an item worn by the High Priest beginning with Aaron; whereas the Prophet Elijah wore adderet (אַדֶּרֶת) which was more of a animal skin; much like the some of the Bahitawi in Ethiopia. 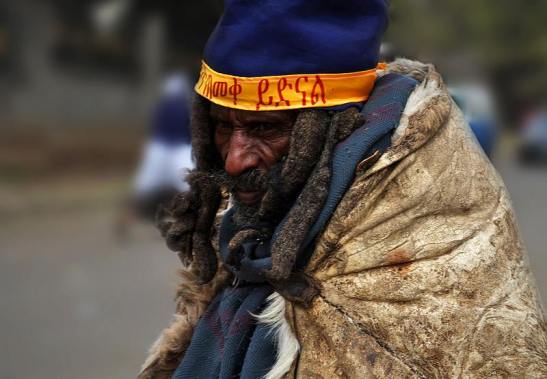 Ethiopian Bahitawi “They were stoned, they were sawn asunder, were tempted, were slain with the sword: they wandered about in sheepskins and goatskins; being destitute, afflicted, tormented;” (Hebrews 11:37)

In summation, present day society avails the excess where any garment could easily be purcha$ed through the internet. This convenience has created a dizzying masquerade of Golem where appearances may often be no more than an elaborate charade. Thus, it’s important to be mindful that, in the Hebrew culture, distinctive garments are certainly not without appeal but come with role and responsibility. Clean the inside of the cup first.