WHAT IS Leaven? Leaven is an ingredient used in bread-making that creates the holes you see in bread loaves. Leavening agents permeate the dough by releasing gases that cause the entire batch of dough to rise.

In Hebrew/Amharic, leaven is called se’or/ersho (שְׂאוֹר; እርሾ) whereas a leavened product is called k(c)hametz/boka (חָמֵץ; ቦካ). In ancient times, se’or was as a lump of old dough allowed to reach a high level of fermentation (sometimes called “sourdough” or yeast). When the piece of “sourdough” was kneaded together with a mixture of flour and water, it accelerated the rising process and created khametz (today yeast or baking powder function as se’or).

What’s the difference between chametz and se’or? Chametz is food and is edible. You can serve and eat chametz (and often want to! i.e. hallah [חַלָּה] in the Synagogue and khibist [ኅብስት] in the Church). On the other hand, nobody eats se’or, which is inedible fermented grain which has the function of fermenting other dough.

What’s wrong with Leaven? During Passover- Pesakh/Fasika (פֶּסַח; ፋሲካ) – also called the Festival of Unleavened Bread- Matzot/Qita Injera (מַצֹּות; ቂጣ እንጀራ) no khametz may be eaten for a full seven days; from the 15th of Nisan/Abib through the 22nd of Nisan/Abib (Exod. 12:15-18; 34:18). That means no leavened bread products of any kind may be eaten during this time. This is explicitly stated in the Torah (Exod. 12:15): 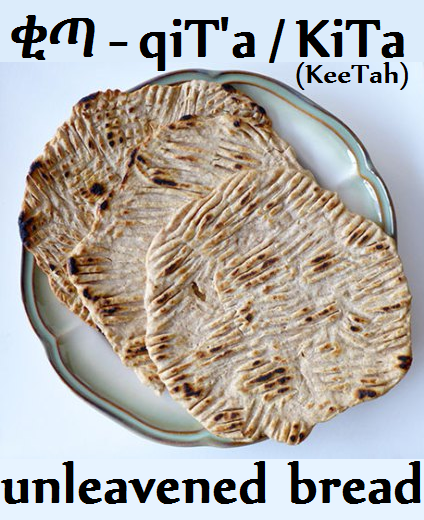 Within the Hebrew allegory, leaven is thought of as a corrupting influence, a “hidden uncleanness” that contaminates a character of purer elements (i.e. fine flour- solet/duqet [סֹלֶת; ዱቄት]). “Spiritual” leaven, likened to the influence of leaven in a batch of dough, functions as the evil impulse within us (yetzer ha’ra: יֵצֶר הַרָע; kifu mignot ክፉ ምኞት) that corrupts and “sours” our soul.  This “yeast in the soul” is essentially “puffed up” pride that manifests itself in individual and collective a process of infection, decay and eventually death.

Notice that the prohibition of leaven is not limited to the festival of Passover and Unleavened Bread, since all of the meal – minkhah/eh’l (מִנְחָה; እህል) offerings banned its presence from the altar of God in the Tabernacle- Mishkan/Meqdes  (מִשְׁכָּן; መቅደስ) 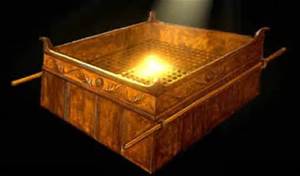 No meal offering that you offer to the LORD shall be made with leaven (khametz), for no leaven (se’or) or honey may be turned into smoke as an offering by fire to the LORD. (Leviticus 2:11; Hebrew to English Translation)

Using the metaphor of leaven, the apostle Paul writes: Cleanse out the old leaven that you may be a new lump, as you really are unleavened. For Messiah our Passover has been sacrificed (מָשִׁיחַ זֶבַח פִּסְחֵנוּ; ፋሲካችን ክርስቶስ ታርዶአልና). Let us therefore celebrate the festival, not with the old leaven, the leaven of malice and evil, but with the unleavened bread of sincerity and truth. (1 Cor. 5:7-8) 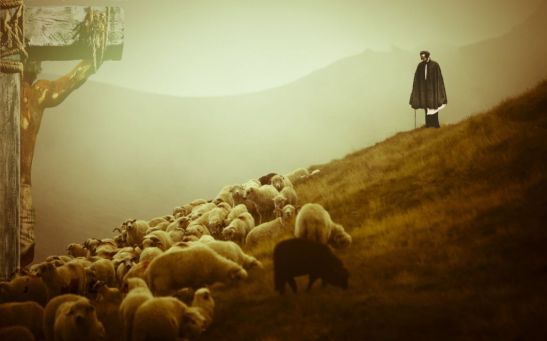 Searching for and Destroying Leaven: In Hebrew tradition, this “cleansing out of the old leaven” is called kashering. We search for and destroy any trace of leaven, in our homes, before Passover arrives. In most Hebrew homes the process of cleaning begins weeks before Passover when the house is scoured from top to bottom to remove all traces of leaven. 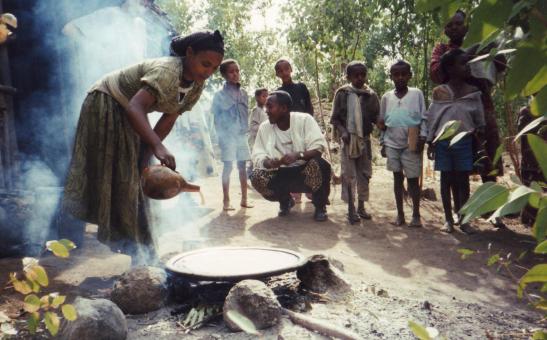 BEDIKAT CHAMETZ On the night before Passover, a final “ceremonial search” for leaven is performed by candlelight by the entire family. This search is called bedikat khametz (בְּדִיקַת חָמֵץ) and there is an old custom that ten pieces of leaven are to be “hidden” in the rooms before they are searched. If you hide ten and you (or your children) find only nine, just keep searching! The ten pieces remind us of the ten plagues. A feather and a spoon are often used to sweep up the last crumbs of bread, which will then be burned with the other leaven the following morning. 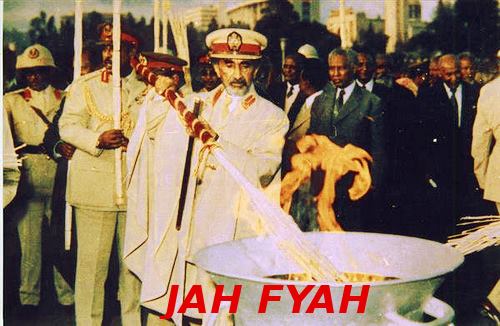 Blessed are You, LORD (Y’HoWaH יְהוָה ; IGZIABHER እግዚኣብሔር [B”H]) our God, King of the universe, Who sanctifies us with His commandments and commanded us
regarding the removal of leaven.

The Nullification Declaration After the search, the leaven, feather, and spoon are wrapped up and stored in a safe location to be burned the following morning in the Bi’ur Chametz (destruction/burning of the chametz) ceremony. The following declaration is then made: “All chametz, leaven and leavened bread that is in my possession which I have not seen, removed or is unknown to me, shall be annulled and considered ownerless like the dust of the earth.”

The Bi’ur Chametz Ceremony The following morning, the remaining chametz is taken out of the house to be completely burned. Before burning the chametz, the nullification declaration is repeated. It is customary to use a lulav (saved from the festival of booths sukkot/das be’al [סֻּכֹּֽת; ዳስ በዓል] ) to light the fire that will be used to burn the leaven. 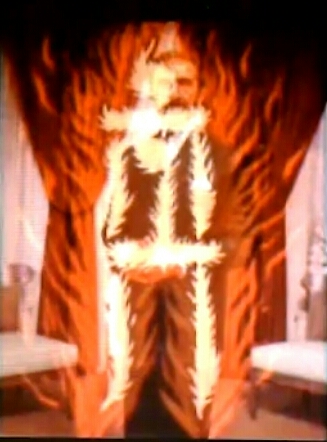 An Application for Christians (Anointed Ones -meshichiim/kristiyan [מְשִׁיחִיִּים; ክርስቲያን]) In 1 Corinthians 5:6 we read: “Your glorying is not good. Know ye not that a little leaven leavens the whole lump?” Sin has a “leavening” influence upon the soul: you simply cannot include a little sin in your life without it affecting your whole spiritual life. Hidden sin (i.e., hypocrisy) spreads like spiritual corruption throughout the body and will eventually be exposed. As Jesus -Yeshua/Eeyesus ( יֵשׁוּעַ; ኢየሱስ) said, “Nothing is hidden that will not be made manifest, nor is anything secret that will not be known and come to light” (Luke 8:17). 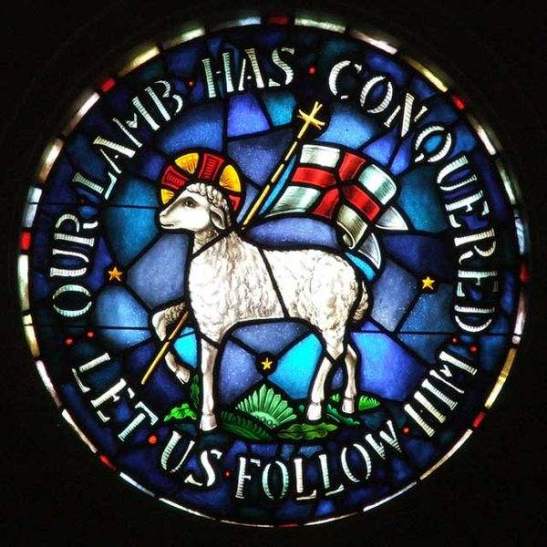 Cleanse out the old leaven that you may be a new lump, as you really are unleavened. For Messiah, our Passover lamb, has been sacrificed. Let us therefore celebrate the feast, not with the old leaven, the leaven of malice and evil, but with the unleavened bread of sincerity and truth. (1 Cor. 5:7-8)
Note that the Greek uses an imperative verb here (ἐκκαθάρατε): “You cleanse out (i.e., purge, as in catharsis) the old leaven so that you may become a new lump (ἵνα ἦτε νέον φύραμα), since you already are unleavened (ἵνα ἦτε νέον φύραμα) because of what Messiah has done for you.” To untangle what this means, it is important to remember that all the “oughts” (i.e., commands) of the ReNewed Covenant are directed to the truth of who you are “in the Messiah,” that is, by virtue of His connection in you, and not to your former identity before you were redeemed. If you belong to Yeshua, you are no longer “known according to the flesh” – since that person has passed away – and now you are a “new creation” (בְּרִיָּה חֲדָשָׁה; አዲስ ፍጥረት) with a new nature that is able to serve God (2 Cor 5:16-17). Another way to say this is that the imperatives of the ReNewed Covenant are always based on its declaratives; you are able to obey because of who you really are in the Messiah. It is solely out of your union with Him that you are able to please God. This is good news, since it’s not up to you to do this; you need only to believe in the miracle…. 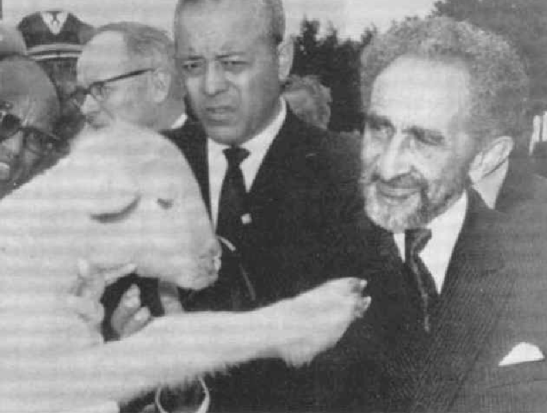 The search for leaven is not unlike the soul searching we do before the fall High Holidays, when we perform chesbon hanefesh (חֶשְׁבּוֹן הַנֶּפֶשׁ) by taking inventory of our spiritual condition before the LORD. In other words, we are commanded to search and remove sources of inner impurity so that we might experience the truth that we are a “new lump” – that is, a new substance that is untainted by the sour and rotting influences of our past lives. Since Yeshua has been sacrificed as your Passover Lamb, you are indeed a new creation and are made “unleavened” by the power of the Holy Spirit (2 Cor. 5:17). Therefore we are likewise commanded put away the “old nature” – the yetzer ha’ra – and purge from your life the old influences that inwardly canker you and make you sick. Walk without hypocrisy in the truth of the love of God for your soul. 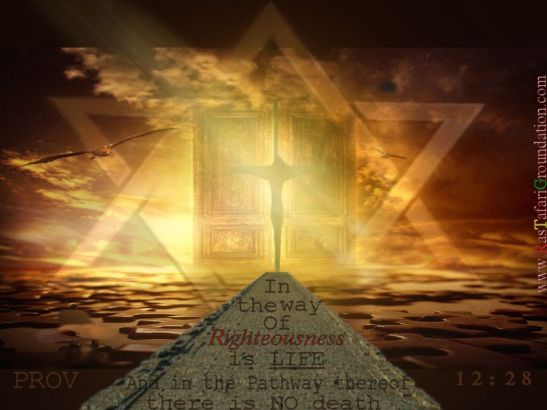 Bedikat Khametz Medz Search me, O God, and know my heart! Test me and know my thoughts. And see if there be any idolatrous way in me, and lead me in the way everlasting!” (Psalm 139:23-24)

“For it is you who light my lamp; the LORD my God lightens my darkness” (Prov. 18:28). May it please the LORD to give us the light of His Spirit as we undergo our own inward bedikat chametz to remove the sour and rotting influences of our past lives…  Amen. 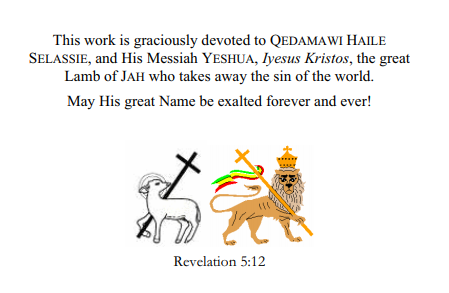 **Special Thanks to John J. Parsons @Hebrew4Christians for providing the template revised for Haile Selassie I; Yeshiva for Ethiopian Hebrew studies. May the Lord be pleased. -Ras Iyason Tafari